Headphones and the Open Plan office 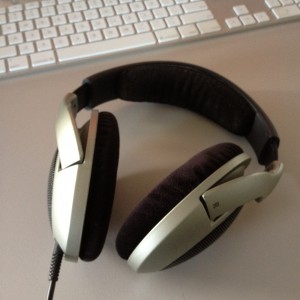 Ever since I first started work as a developer in the early 90’s I’ve listened music when working. Over the years I’ve noticed that in most offices I’ve been in, the majority of developers have headphones on. Today, even in our “Agile” team, when people aren’t pairing they are sitting with headphone on and iPods plugged in.

I recently watched a TED talk by Julian Treasure on “The 4 ways sound affects us”. In it Julian mentions briefly how noisy open-plan offices significantly decrease your productivity (I won’t spoil just how much it’s decreased). He goes on to say that if you find yourself in one of these, put on some headphones.

So while open-plan offices can bring a sense of community to a team, wisely using walls to separate the “noisy” pairing teams from those who need to work alone may be required to keep productivity high. If that doesn’t work, encourage people to bring headphones and music.

2 Responses to Headphones and the Open Plan office