A Sense of Community

Published on November 20, 2010 by Brett Henderson | Leave a comment 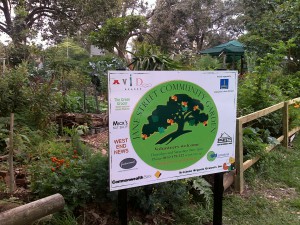 I was recently watching a great show called "Kevin McCloud: Slumming It". In it, Kevin investigates a slum in India and discovers that while the people are in squalor, they have far more sense of community and use of common space than we in the west do.

While there doesn't appear to be the available common spaces and subsequent community in most cities, I was really happy to see a Community Garden in my recent wanderings around West End.